Humanity has been relying on plant medicine long before modern medicine existed. Practices such as Ayurveda and Traditional Chinese Medicine are still popular to this day, and alternative healing methods such as Naturopathy and Homeopathy are gaining growing popularity.

While modern medicine saves lives and provides treatment for serious health conditions, a growing number of people are realizing that there is more to medicine and healing than just pills.

Thus, many turn to plants and plant medicine. After all, numerous medications are still being synthesized from plants.

Mitragyna Speciosa or Kratom and Cannabis, better known as marijuana or weed, are some of the plants that provide relief from pain, stress, anxiety, inflammation, improve mental processes, and much more.

Despite their controversial nature, more and more people are realizing the beneficial effects and minimal side effects of these beneficial herbs.

While both are beneficial plants, kratom and weed have plenty of differences that set them apart. Yet, it can be beneficial to combine kratom and marijuana. The latter can even serve as a kratom alternative in certain cases.

The most popular way of using weed is by smoking. So, if you would like to experience the beneficial effects of both, you may be wondering if you can smoke kratom and weed together.

Let’s explore the differences between the two herbs and see if that’s a good idea.

What’s Kratom and How Does It Work?

The kratom tree has large leaves that are rich in a variety of alkaloids. Mitragynine and 7-hydroxymitragynine are the two primary alkaloids, with the latter being around 13 times more potent than morphine.

Due to its effect on opioid receptors yet very low abuse and addiction potential, kratom can help overcome opioid addiction. For a long time, user reports were the only proof of a successful outcome. However, currently, studies on kratom alkaloids are being carried out at the University of Florida College of Pharmacy and the team working on the study has come up with promising results.

Alkaloid concentration varies in kratom leaves due to various factors. Therefore, there are three natural types of kratom and each of them provides unique effects.

Red vein kratom is soothing, relaxing, and pain-relieving whereas white vein kratom boosts energy and mood and improves focus. Green vein kratom has a bit of both and offers moderate pain relief and relaxation as well as increased energy and focus.

What’s Weed and How Does It Work?

Marijuana or weed is actually a group of three plant species: Cannabis sativa, Cannabis ruderalis, and Cannabis indica. Cannabis plants are native to Central Asia and were later introduced to Europe, Africa, and other parts of the world.

In ancient times, natives may have used cannabis for its psychoactive properties in ceremonies. However, the most popular use was medicinal. In addition to that, hemp which is another strain of Cannabis sativa with no psychoactive properties was grown as a durable form of material, used to develop clothes, shoes, ropes, and more.

Cannabis contains beneficial compounds called cannabinoids. There are over 120 different cannabinoids in cannabis plants. As it is with kratom, experts are unsure about the exact properties of each. However, most properties are attributed to the two most well-known and common components: CBD and THC.

CBD and THC have the same chemical formula, yet their atoms are arranged in a different way, granting each cannabinoid different properties and effects on the body. Both compounds interact with the body in different ways.

THC is addictive while CBD is not, yet various studies point out that THC may have more effective therapeutic properties.

Similarly to kratom, weed can reduce pain. However, it is more effective for inflammatory, nerve and similar forms of pain whereas kratom is great for chronic pain.

Can you Smoke Kratom and Weed Together?

It is not a good idea to smoke kratom and weed together. While you will get the beneficial effects from weed, kratom will simply burn without providing the results you expect.

Let’s take a look at why that’s so.

Decarboxylation converts THCA into THC and CBDA into CBD. Without it weed is ineffective.

If you smoke weed, this heating process occurs in real time. If you choose edibles or other products that contain THC or CBD need to undergo a heating process during their manufacture to become effective.

While kratom tea is the most common way to take it, it is not necessary to get the beneficial effects of kratom as is. In fact, locals in Southeast Asia used to simply chew the leaves. Heating simply potentiates the effects of kratom.

Yet, kratom does not require as high of a temperature as weed does to be potentiated. You simply need to simmer the tea. Smoking or vaping kratom would expose it to four or more times higher temperatures which would burn kratom and its alkaloids without providing beneficial effects.

If You Can’t Smoke Kratom and Weed Together, How Can You Combine the Two

While you shouldn’t smoke kratom and marijuana, that doesn’t mean you can’t combine them. There are various ways of consuming both.

You can make kratom tea, toss and ash, mix kratom with juice, yogurt, or smoothies, or even take capsules if those work for you.

Smoking isn’t the only way to consume weed. You can also get edibles or bake goods with weed.

So, instead of going for a smoke of kratom and weed, you can:

As you can see, you have plenty of options. Just make sure that you don’t smoke kratom and weed together.

Have you tried combining kratom and weed? Which is your favorite method? 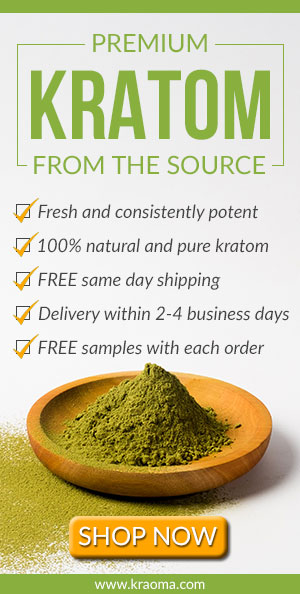